Does My Child Have Sleep Apnea?

If you child has experienced one or more of the following symptoms, they may have Sleep Apnea:

What You Need To Know About Sleep Disorders 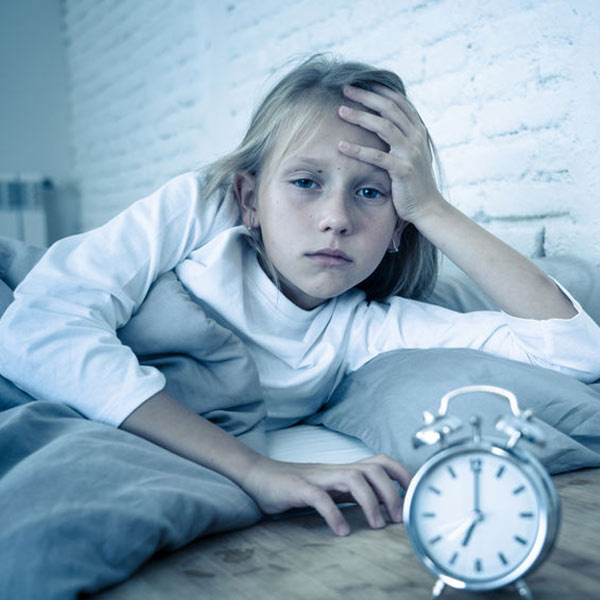 Restless sleep can be caused by Sleep Apnea

What is Sleep Apnea?

When your child’s breathing is disrupted, his or her body recognizes the disruption much like choking, therefore, increasing the heart rate, raising the blood pressure, arousing the brain, ultimately disrupting sleep. The central issue of Sleep Disordered Breathing is a compromised airway. If a child’s airway is narrow, underdeveloped or constricted in any way, the child will struggle to receive enough oxygen at night and may resort to mouth breathing which compounds this issue.

Traditionally, dentistry has had very few answers for treating this issue. Sleep apnea in children is a much more critical and common problem than what has previously been thought and can manifest itself in a variety of symptoms that can be easily overlooked, misdiagnosed and most unfortunately left untreated as they’re thought to be “normal” conditions of childhood.

What is Obstructive Sleep Apnea (OSA)?

Does your child’s breathing sound overly noisy at night? Loud snoring is one very apparent indication that your child may have Sleep Apnea.

Gasping and snorting sounds, grinding teeth at night, and other unusual activity while your child sleeps may catch you off guard or even make you momentarily worried. These sounds stem from your child moving from a deeper sleep to a lighter (towards waking up) sleep, struggling to breathe.

These are indications that they are having trouble breathing, and may have Sleep Apnea.

Sleep disorders, including sleep apnea, have become a significant health issue in the United States.

It is estimated that 22 million Americans suffer from sleep apnea, with 80 percent of the cases of moderate and severe obstructive sleep apnea undiagnosed affecting people of all ages with devastating effects! At all ages of life, sleep is a vital process that rejuvenates, refreshes and provides energy to each new day of living.

Mouth breathing is not the same as nasal breathing and is a bodily compensation of airway insufficiency, often leading to a further compromise of the airway. This can lead to further issues with a child, such as, preventing the proper functioning of the tongue and other orofacial muscles that children need to speak, swallow, chew and function properly. Also, it can cause the delicate tissues of the tonsils and adenoids to swell and become enlarged further compounding the problem.

When you are breathing normally, you are breathing quietly, effortlessly and silently through your nose. Normal breathing allows your body to receive adequate oxygen both during waking hours but it also assists you getting quality, restorative sleep so that you awake refreshed.

Snoring and sleep apnea are not normal breathing patterns.

This is especially important when treating children, as it helps to prevent the jaws from developing incorrectly and causing or exacerbating OSA in adult life. 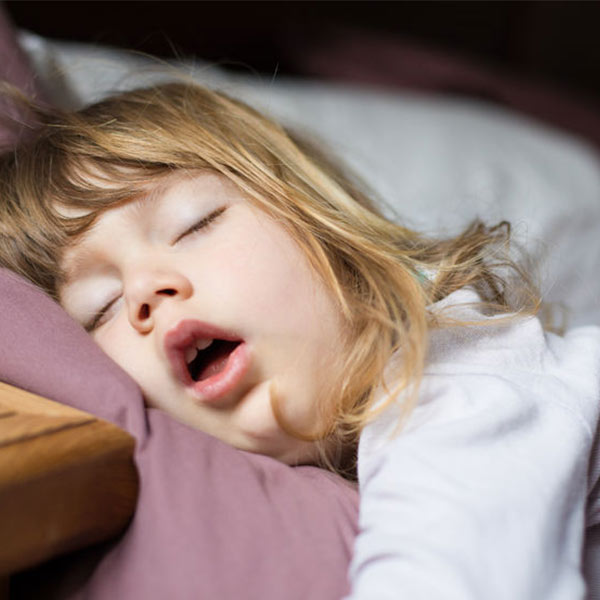 Mouth breathing may be caused by Sleep Apnea

Is There A Connection Between
Sleep Disordered Breathing and ADD/ADHD?

The answer may shock you

Breathing Well Is The Key To Sleeping Well

Normal breathing is silent breathing through your nose, and is quiet and effortless.

When your child has a normal breathing pattern, they have a deep, restorative sleep and awake refreshed and ready to take on each new day. Normal breathing is vital for living a vibrant, happy life.

Snoring and Sleep Apnea are not normal breathing patterns and are not healthy for them. Unfortunately, so many children around the world simply can’t breathe normally – especially at night.

A normal, healthy sleeping pattern can make all the difference, not just to your child, but to you. They simply must get a restful night’s sleep. It helps to prevent the jaws from developing incorrectly and causing or exacerbating OSA in adult life.

If you suspect that your child may have Sleep Apnea, there is is something that can be done about it. And it is safe, natural and non-invasive.

The Vivos® System involves a thorough and complete set of tests and examinations, followed by a review from a Board Certified Sleep Apnea Physician.

When your child is breathing normally, they are breathing quietly, effortlessly and silently through their nose. Normal breathing allows their body to receive adequate oxygen both during waking hours and also quality, restorative sleep so that they awake refreshed.

Snoring and sleep apnea are not normal breathing patterns. This is especially important when treating children, as it helps to prevent the jaws from developing incorrectly and causing or exacerbating OSA in adult life.

The Vivos® System will work to correct the underlying problems causing narrow and constricted airways so that their jaws can expand to the proper position.

This combination of mandibular advancement and correcting the problem of underdeveloped upper and lower jaws will allow them to get the rest they need.

With VIVOS, Your Child Can:

Who Can Benefit From VIVOS Treatment?

Is your child experiencing any of these common symptoms of Sleep Apnea, they are a potential candidate for VIVOS: 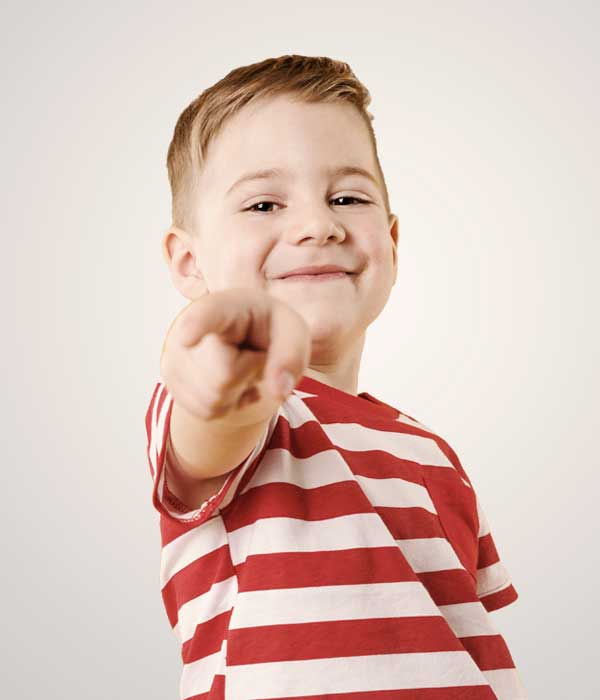 VIVOS is safe and natural for most children

A Permanent Treatment to what Otherwise Could Be A Lifelong Problem!

Vivos® is a revolutionary new treatment for sleep apnea that utilizes a proprietary combination of oral appliances. It uses patented technology to restore and reopen the airways to allow your child to breathe easier at night once again.

Elimination or Reduction of Symptoms

The Vivos® System is safe, all natural, non-surgical and non-pharmaceutical

No need for a lifetime of treatment

Most patients report the treatment is comfortable

The VIVOS Difference and The Experienced and Trained Doctors

Lead by Dr. Paul, Breathe Well Sleep Well features a dedicated and caring staff with over 38 years of dental experience. 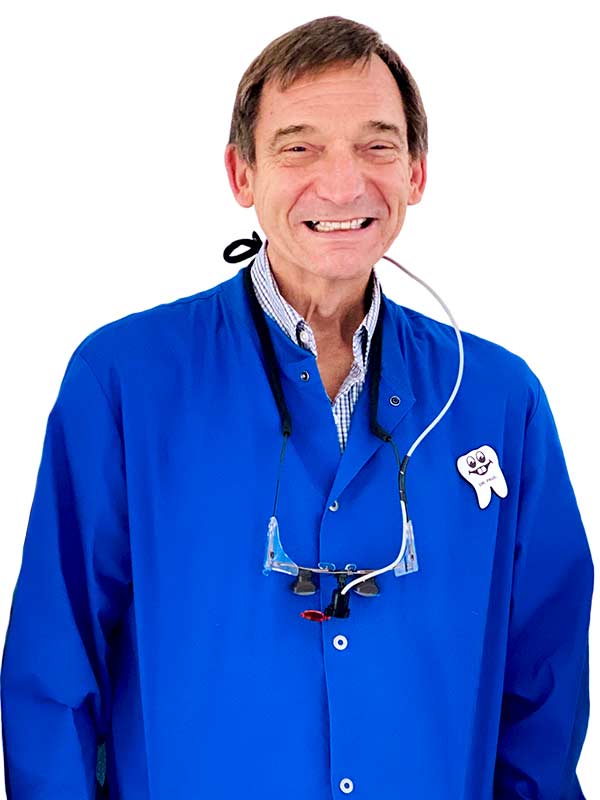 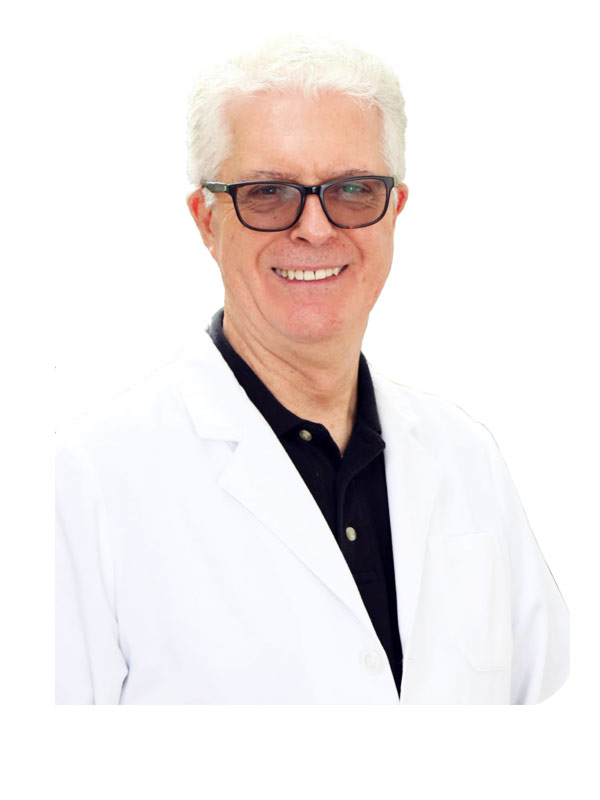 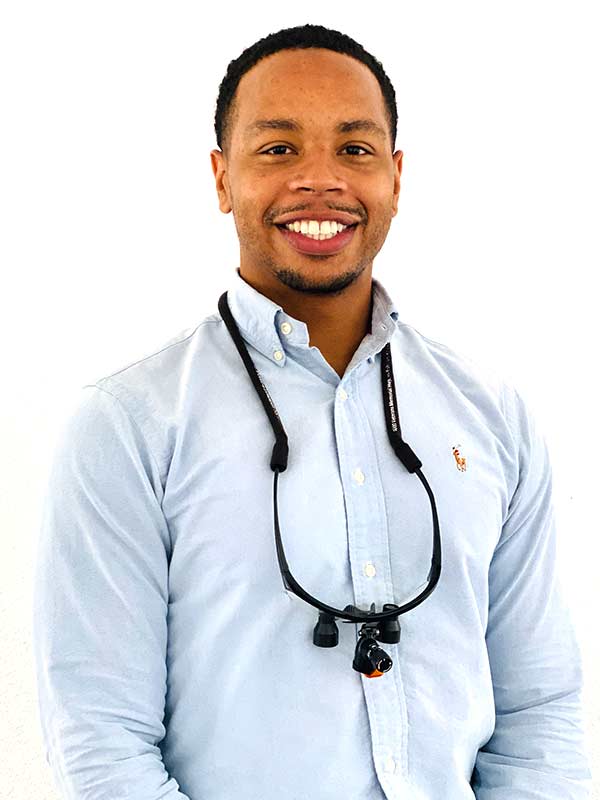 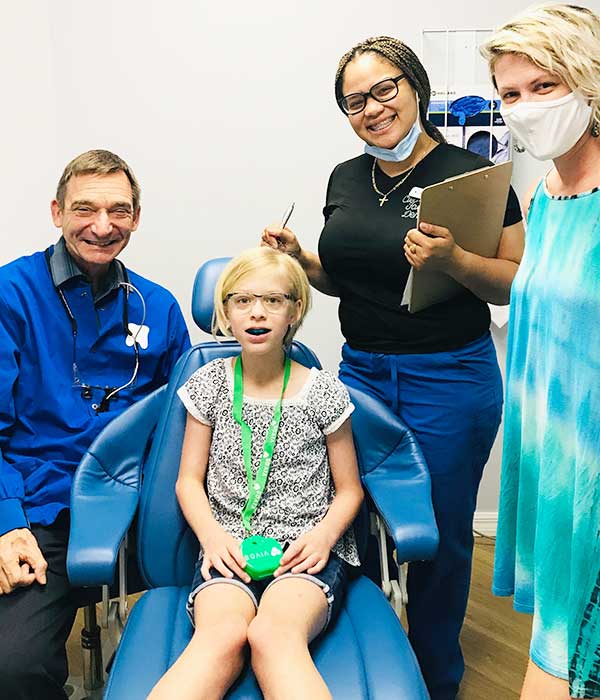 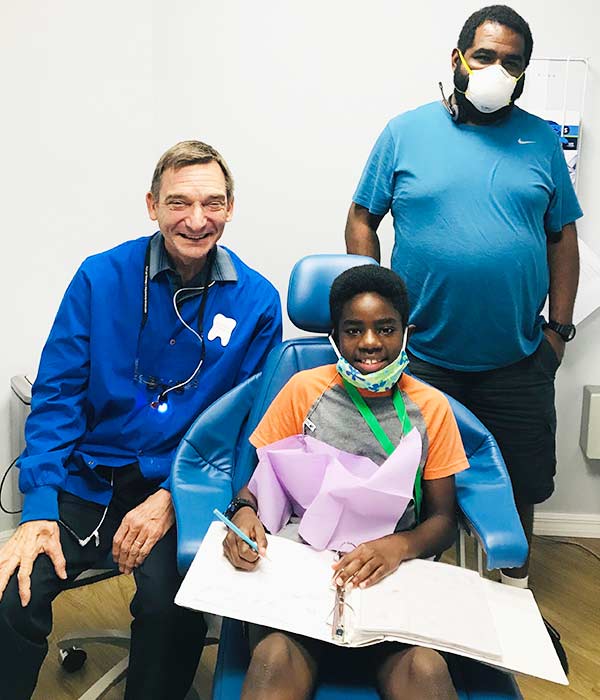 What our patients are saying

``In just a few months, my daughter's teeth straightened out. I haven't heard her snore since and she is not only sleeping better, but her grades have improved and she is much happier. VIVOS has been incredible for us. Our lives have changed. Thank you to the staff and to Dr. Paul!``

``I love this clinic. I brought my daughter in and within 1 month I could already see results. Not only in her breathing, but her teeth straightened out naturally. She won't ever need to use braces thanks to this amazing technology. Her teeth are all coming out how they should. We are so thankful to have found Breathe Well Sleep Well!!!``

``We discovered VIVOS for my daughter earlier this year, and so far we are extremely pleased with the progress! My daughter is sleeping better and waking up feeling refreshed. We still have a bit further to go, but I love seeing the progress. Plus, everyone at the office has been so sweet and easy to work with!``

“When the appliance is worn in the early evening while you sleep at night, it allows the jaw to relax, it allows the airway to open up , it allows you to breathe through your nose and to get the oxygen that you need to the rest of your body for your body to begin to heal, by breathing through our nose we are actually getting much more oxygen to our brain as well as our lungs and we are producing nitric oxide which is vasodilator to allow the blood flow and everything to circulate better and so a big component with this is it forces you to actually breathe through your nose to get the oxygen where it needs to go into the body so that’s a very important part of this.”

Getting Started With VIVOS

Breathe Well Sleep Well offers a compete plan to help get your and your family sleeping better and breathing better, naturally.

Getting started is easy and we have dedicated staff to answer all of your questions along the way.

Get Started in Just 4 Easy Steps:

During the initial consultation with our healthcare team, your child will undergo a variety of diagnostic procedures to determine the most effective treatment strategy.

It is important to work with your multidisciplinary healthcare team to arrive at an accurate diagnosis. Your comprehensive diagnosis will include a medical doctor, your Vivos® trained dentist and a Vivos® technician.

Once the diagnostic procedures and required tests are completed, our healthcare team will compile your Airway Intelligence Report™.

Most treatment plans include lots of healthy sleep and good nutrition for a period of between twelve and twenty-four months.

No risk. No obligation. Just better breathing and restful sleep.

All content found on the breathewellsleepwell.com website, including text, images, audio, or other formats were created for informational purposes only. The content of this website is not intended to be a substitute for professional medical advice, diagnosis, or treatment. Always seek the advice of your physician or other qualified health provider with any questions you may have regarding a medical condition. Never disregard professional medical advice or delay in seeking it because of something you have read on this website. Individual results may vary. Nothing contained in this website infers or creates a warranty, promise, or guarantee of any kind with respect to the clinical outcome or result from treatment using the Vivos technology. The use of the Vivos technologies by any patient must always occur under the direction and supervision of a qualified, trained, and licensed dentist, physician or other qualified health provider, working in close collaboration with qualified medical personnel.